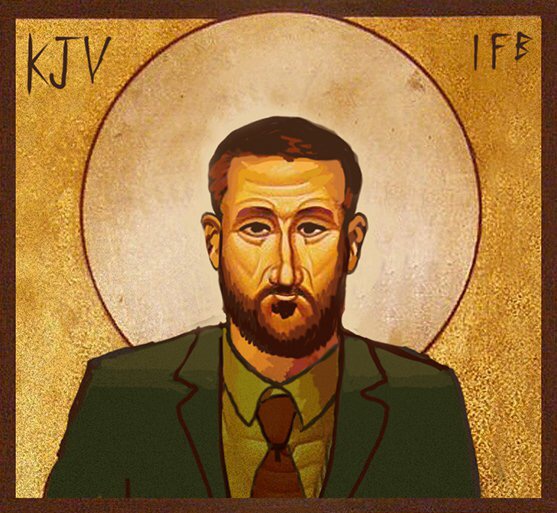 The New Independent Fundamental Baptist movement (NewIFB) sprung out of the Independent Fundamentalist Baptist movement, which was the result of an ecumenical conference.[1] Only, the New IFB is even more virulent and dangerous. I never thought a bastardized sect of Christianity could get worse, but then again, there's nothing new under the sun. Before we start, please note that this study won't be a comprehensive expose of this movement.
The Pharisees

The officers answered, Never man spake like this man. Then answered them the Pharisees, Are ye also deceived? Have any of the rulers or of the Pharisees believed on him? But this people who knoweth not the law are cursed. Nicodemus saith unto them, (he that came to Jesus by night, being one of them,) Doth our law judge any man, before it hear him, and know what he doeth? They answered and said unto him, Art thou also of Galilee? Search, and look: for out of Galilee ariseth no prophet.[2]

Notice in the passages how the religious Pharisees (condemned by Christ as being hypocrites) were always concerned that Jews and other Pharisees would believe on Jesus. They said, from a puffed up heart, “But this people who knoweth not the law are cursed.” Their assumption was that you were ignorant of Scripture if you listened to Jesus and followed him.

The significance of this is seen in verse 50 when Nicodemus—the same man who came to Jesus by night—asked a question about whether or not it is lawful to judge a man without a trial (according to the law). But the reaction of the Pharisees was not an agreement, but rather a railing accusation. By asking, “Art thou also of Galilee?” they implicated Nicodemus as a secret follower of Christ; then, they twisted Scripture to defend their unjustifiable position. For, certainly, Jesus Christ did come out of Galilee.

We see how the Pharisees are those who, supposing to know the Scriptures, twist them to maintain their own power. They're quick to hate and rail against those who oppose them. Notice, as we continue reading through John’s Gospel, this interesting passage just a few chapters later.

Then gathered the chief priests and the Pharisees a council, and said, What do we? for this man doeth many miracles. If we let him thus alone, all men will believe on him: and the Romans shall come and take away both our place and nation. And one of them, named Caiaphas, being the high priest that same year, said unto them, Ye know nothing at all, Nor consider that it is expedient for us, that one man should die for the people, and that the whole nation perish not. And this spake he not of himself: but being high priest that year, he prophesied that Jesus should die for that nation; And not for that nation only, but that also he should gather together in one the children of God that were scattered abroad. Then from that day forth they took counsel together for to put him to death.[3]

I ask, "What did Caiaphas say or do that was different from Nicodemus?" Caiaphas actually declared that Jesus Christ was to fulfill Old Testament prophecy and die for not only “that nation” (Israel) but also for “other sheep” Jesus himself spoke of just one chapter before. In a remarkable, yet bewildering, way the Pharisees were able to understand the Scriptures but conspire against Christ, and also rail against those they perceived as a threat. So, what was the difference between Caiaphas and Nicodemus? Caiaphus, though knowledgable of Scripture, was in league with the other elders to destroy Christ, whereas Nicodemus was actually interested in rightly dividing the word of truth and following the words of Torah.

The NIFB
Fast forward: it's 2018, and nothing has changed. False teachers like Steven Anderson, Rodger Jimenez, and other NIFB people are no different than the conspiratorial Pharisees, railing against those who dare to ask questions and just simply follow Jesus. "Knowing" the Scriptures, they deny them against themselves, keep their congregations "in line" with the accepted narrative, and keep people in fear of being cast out of the “synagogue” as it were--in danger of "hell fire," too!