The Trinity in the 4th Century-Part 2 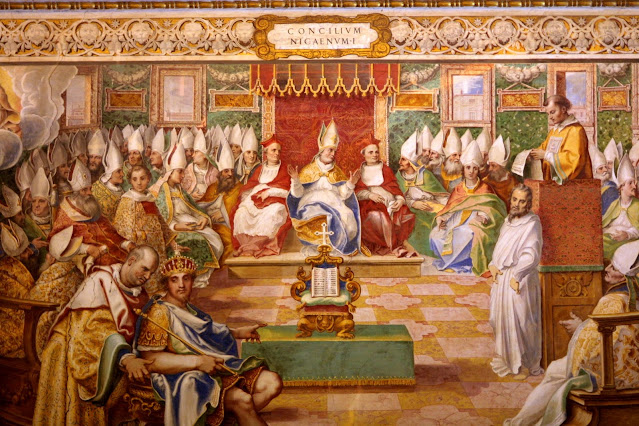 The Trinity in the 4th Century-Part 2

The resulting encyclical consisted of a concise account of Arius’ [supposed] false doctrine, an extensive refutation on behalf of the synod, and a stinging reference to Eusebius of Nicomedia. But by AD 320 it was clear that Alexander’s intimidation had failed. Arius was now back in Nicomedia where he drew up a profession of faith, signed by himself and all those who had been excommunicated with him. It asserted that the faith they held was the same they had heard Alexander proclaim within the Church of Alexandria: that only the Father is eternal, while the Son does not possess his being with the Father, for the Father existed before the Son. Eusebius of Nicomedia lent authority to the cause by convening a local council which declared Arius orthodox and readmitted him to communion. Encouraged, Arius composed a new sermon called Thalia (“The Banquet”) which contains some of the most famous references to his Christology.[1] During the same year, he convoked a Bithynian synod which sent a circular to all bishops, calling for the restoration of communion with those excommunicated by Bishop Alexander. He protested that, because they were orthodox, pressure should be placed on the bishop to readmit them to the church. Arius’ AD 320 profession of faith, with its multiple signatures, added considerable weight to the argument.

Alexander was now under pressure from many sides, but still felt obliged to warn others of Arius’ doctrine. Letters were sent to the bishops of the East, and obtained the support of those in Egypt, Palestine, Asia Minor, Greece and the Balkan Peninsula. The Bishop of Rome (Silvester I) was informed of recent events in Alexandria, including the excommunication of the Alexandrian clerics. It was not long before full-scale literary warfare had broken out between the Arian and Alexandrian factions. Clerical dignity was forgotten as polemics from both sides included historical misrepresentations, doctrinal distortions, and crude accusations of a most personal nature. In desperation, Alexander appealed to Constantine himself, but the opening paragraph of the emperor’s reply did not inspire confidence.[2]

Baus (1980) notes[3] that Constantine’s initial response to the controversy betrays his failure to realise its implications. His letter to Alexander and Arius described their argument as analogous to a disagreement by two philosophers regarding superficial issues on which there could be private, differing views.[4] With breathtaking optimism, he requested that the two opponents become reconciled and restore unity to the Church so that general harmony could be assured in the Empire. Bishop Hosius of Córdoba, whose unenviable task it had been to deliver the Imperial message, realised on his arrival in Alexandria that a cessation of public arguments would not be enough to end the controversy. Alexander quickly convinced Hosius that Arianism threatened the stability of the church. Arius himself avoided Hosius until he eventually returned to Constantine at Nicomedia, where he admitted the failure of his mission.

In a subsequent letter to his fellow church leaders, Alexander described Arius and his supporters as believing that “God was not always a Father, but there was a time when God was not a Father,” and “the Son is a creature and a work.”[5] He claimed these were doctrinal innovations,[6] yet the Arians were able to show that previous church fathers had confessed the same Christology.[7] Responding to Alexander, they rejected the heresies of Valentinus,[8] Manichaeus,[9] Sabellius,[10] and Hieracas,[11] and described Jesus as “unalterable and unchangeable; perfect creature of God, but not as one of the creatures; offspring, but not as one of things begotten.”[12] This view of Christ as a separate divine being created by God had been uncontroversial for almost two centuries. We find it in the writings of Justin Martyr,[13] Theophilus,[14] Irenaeus,[15] Tertullian,[16] Hippolytus,[17] Origen,[18] and others.  Justin’s Christology had distinguished the Father from the Son to such an extent that Irenaeus’ Christology—a possible reaction to it—seems almost Modalistic by comparison. Tertullian refuted Modalism with a diatribe that some interpret as a direct attack on Irenaeus,[19] yet his own Christology went so far in the opposite direction that he was accused of tritheism[20]. Origen had referred to the Father and Son as “two gods” while still affirming some kind of unity,[21] and his teachings were adopted by Lucian, the mentor of Arius. The Arians found affinity with most of these idiosyncrasies, which allowed them to claim their Christological position was inherited from previous church fathers in good standing.

[1] “The Unbegun made the Son a beginning of things originated; and advanced Him as a Son to Himself by adoption. He has nothing proper to God in proper subsistence. For He is not equal, no, nor one in essence with Him...Thus there is a Triad, not in equal glories. Not intermingling with each other are their subsistences. One more glorious than the other in their glories unto immensity. Foreign from the Son in essence is the Father, for He is without beginning. Understand that the Monad was; but the Dyad was not, before it was in existence. It follows at once that, though the Son was not, the Father was God. Hence the Son, not being (for He existed at the will of the Father), is God Only-Begotten, and He is alien from either.” Thalia at WikiSources, retrieved 06.05.12: http://en.wikisource.org/wiki/Nicene_and_Post-Nicene_Fathers:_Series_II/Volume_IV/On_the_Councils_of_Ariminum_and_Seleucia/De_Synodis/History_of_Arian_Opinions

[2] “When I stopped recently in Nicomedia, my plan was to press on to the East at once. But while I was hurrying towards you and was already past the great part of the journey, the news of this business reversed my plans, so that I might not be forced to see with my eyes what I did not think possible ever to reach my hearing!” Rubenstein, R. E. 1999. When Jesus Became God: The Struggle to Define Christianity during the Last Days of Rome, Harcourt, Inc: New York, p.49.

[4] “His letter gives an account of the origins of the dispute, and describes a pointless and useless question by Alexander about a passage from the ‘Law’ (i.e. the Scripture), and a rash and improper answer. Neither was edifying to the people, or even within human rational capacity. Both question and answer should be withdrawn, and the public dissension set aside.” Hall, Doctrine and Practice in the Early Church, p.126.

[6] “And the novelties they have invented and put forth contrary to the Scriptures are these following:-God was not always a Father, but there was a time when God was not a Father.” Deposition of Arius, II.

[7] “By the 340s there existed a small dossier of extracts purporting to be from the works of Dionysius of Alexandria which the Arians were using in support of their position. Dionysius insisted that the Son was a creature and agenēton, a thing made and generated, not ‘proper’ (idion) to the nature of God but ‘alien in substance’ as the vine-dresser is different from the vine and the shipwright from the boat: ‘and … he did not exist before he was generated.’ ...However Dionysius may have refined his later theology it is impossible to avoid seeing some influence upon Arius being exerted.” McDowell, John C, Arius: A Theological Conservative Persecuted?, 1994, retrieved 12.05.12: http://www.geocities.ws/johnnymcdowell/papers/Arius.doc

[8] Valentinus was a 2nd Century Gnostic who distinguished Jesus from the Christ and confessed a belief in multiple divine beings. “Redemption is effected by another aeon, Christ, who unites with the man Jesus (either at his conception or at his baptism) to bring mankind the saving knowledge (‘gnosis’) of its true origin and destiny.” F. L. Cross and Elizabeth A. Livingstone, The Oxford Dictionary of the Christian Church (3rd ed. rev.; Oxford; New York: Oxford University Press, 2005), 1688.

[9] Manichaeus was a 3rd Century Gnostic with a dualist theology partly borrowed from Zoroastrianism. “It taught that the object of the practice of religion was to release the particles of light which Satan had stolen from the world of Light and imprisoned in man’s brain and that Jesus, Buddha, the Prophets, and Mani had been sent to help in this task.” Cross and Livingstone, Oxford Dictionary of the Christian Church, 1033.

[10] Sabellius was a 3rd Century priest who taught that the Father, Son and Holy Spirit were merely different “personalities” of God. “Sabellianism was an attempt to solve the problem of how to accept the deity of Christ and also maintain the unity of God. The Sabellians achieved this at the expense of a trinity of persons in the Godhead. They reduced the status of the persons to modes or manifestations of the one God.” D. Douglas et al., The New International Dictionary of the Christian Church. (Grand Rapids: Zondervan Publishing House, 1978), 870-71.

[11] Hieracas was a 3rd Century Egyptian ascetic affiliated with the Coptic monks, who promoted virginity as the prime Christian virtue. Some have seen his influence in Origen’s Christology. “Arius (Ep. ad Alex. 3) mentions him as holding that the Son was derived from the Father as one flame from another, but Epiphanius says nothing of this.” Cross and Livingstone, Oxford Dictionary of the Christian Church, 771. Ironically, this “flame from flame” language is simply a rephrasing of Justin Martyr’s “torch from torch” analogy. Yet nobody suggested that Justin was heretical.

[13] “We assert that the Word of God was born of God in a peculiar manner, different from ordinary generation.” First Apology (ANF 1.170).

[16] ‘‘God has not always been the Father. For He could not have been the Father previous to the Son. There was a time when the Son did not exist.” Adversus Hermogenem, III.

[17] “This solitary and supreme Deity, by an exercise of reflection, brought forth the Logos... Him alone did [the Father] produce from existing things. For the Father Himself constituted existence, and the Being born from him was the cause of all things that are produced.” Refutation of All Heresies, X (ANF 5.150, 151).

[19] “Tertullian’s most elaborate doctrine of God and Christ is stated in response to Praxeas, a heretic otherwise unknown to us; since his name means ‘fixer’ or ‘fraud,’ it may be a nickname Tertullian invented; it is not even out of the question that Irenaeus is the person concerned, since Tertullian is in his book Against Praxeas trying to attach heresy to a known opponent of Montanism.” Hall, Doctrine and Practice in the Early Church, p.70.

[20] “They are constantly throwing out against us that we are preachers of two gods and three gods, while they take to themselves pre-eminently the credit of being worshippers of the One God...” Adversus Praxean, III. 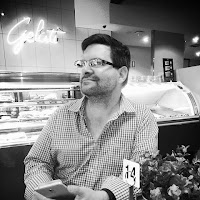