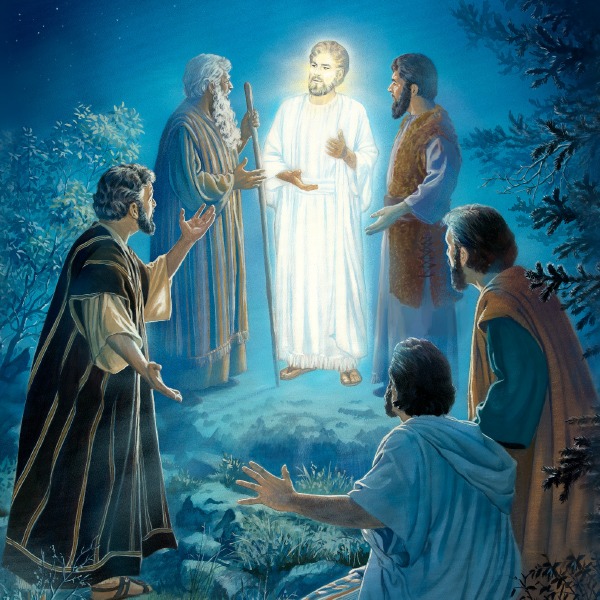 Understanding the context will help us better understand the significance of this event. Just prior, Jesus asked his disciples, “Who are men saying that I am?”—Peter’s answer, “You are the Christ.”[1]. Note: Peter didn’t say, “You’re God in the flesh,” or, “You’re the second person of the Trinity” or anything related to a Trinitarian concept of God. Simply, he said, “You’re God’s anointed…you’re God’s messiah.” In response to this, Jesus said he would die but be resurrected and that some disciples wouldn’t die until they first witnessed “the son of man coming in his kingdom” or that “the kingdom of God already come in power.” In other words, some disciples were going to see a glimpse of what the final kingdom would look like with Jesus glorified.[2] The Transfiguration was a fulfillment of that promise and a glimpse into the final stage of the Kingdom of God’s establishment.

Unsurprisingly, this event is used as proof that those who pass away go to either Heaven or “hell” (supposedly a place of fiery torment). Why else would Moses and Elijah appear on the mountain unless they were summoned from Heaven where, “obviously,” all deceased believers are? The answer is found only by comparing the Gospels and keeping everything in context.[3]

In Matthew’s account, Jesus said, “Tell the vision to no one until the son of man is raised up from the dead.”[4] The answer is apparent. Rather than rely on the theory that the deceased (who know nothing and are unconscious [5]) go to live in a place of torment or a place of bliss prior to the resurrection, we can understand what Jesus himself plainly said: it was a vision. Did they actually see Jesus be transfigured? Yes. Did they actually see Moses and Elijah? Technically, yes. But, it was a vision of them. It wasn't actually Moses and Elijah, physically, come down from Heaven. It was a vision produced for the purpose of teaching the disciples important truths, truths we need to understand today!

So what was the purpose of providing this vision?

First, we learn in context that the primitive profession of faith—the ancient confession—is that Jesus is God’s anointed, not God himself (for God doesn’t need to be anointed);

Second, we learn that the disciples saw the son of man come in the power of Kingdom at the moment he was transfigured. In other words, they caught of glimpse of what John would later write about: "Beloved, now are we the sons of God, and it doth not yet appear what we shall be: but we know that, when he shall appear, we shall be like him; for we shall see him as he is."[5] Just as Jesus appeared on that mount in his transfigurement, so shall the faithful appear, too, when the final stage of the established Kingdom is complete.[7]

Third, we learn that God spoke in the last days through His son, just as the writer of Hebrews told us.[6] After all, this is what the Father said to the disciples on the mount: “This is my beloved Son, in whom I am well pleased; hear ye him.”[8] The Father undoubtedly approved of His own son, which served to strengthen the faith of those men who were blessed witnesses and us who have the privilege of reading what happened! We can be sure that Jesus is approved of God as messiah and profess the same; we can be sure that we’ll be made like him at the final stage of the Kingdom’s earthly establishment. Peter, James, and John were told to tell no one until after the resurrection, which we know they did. May we also tell everyone we can.

[3] See The Nature of Man and State of the Dead

[7] At the Second Coming