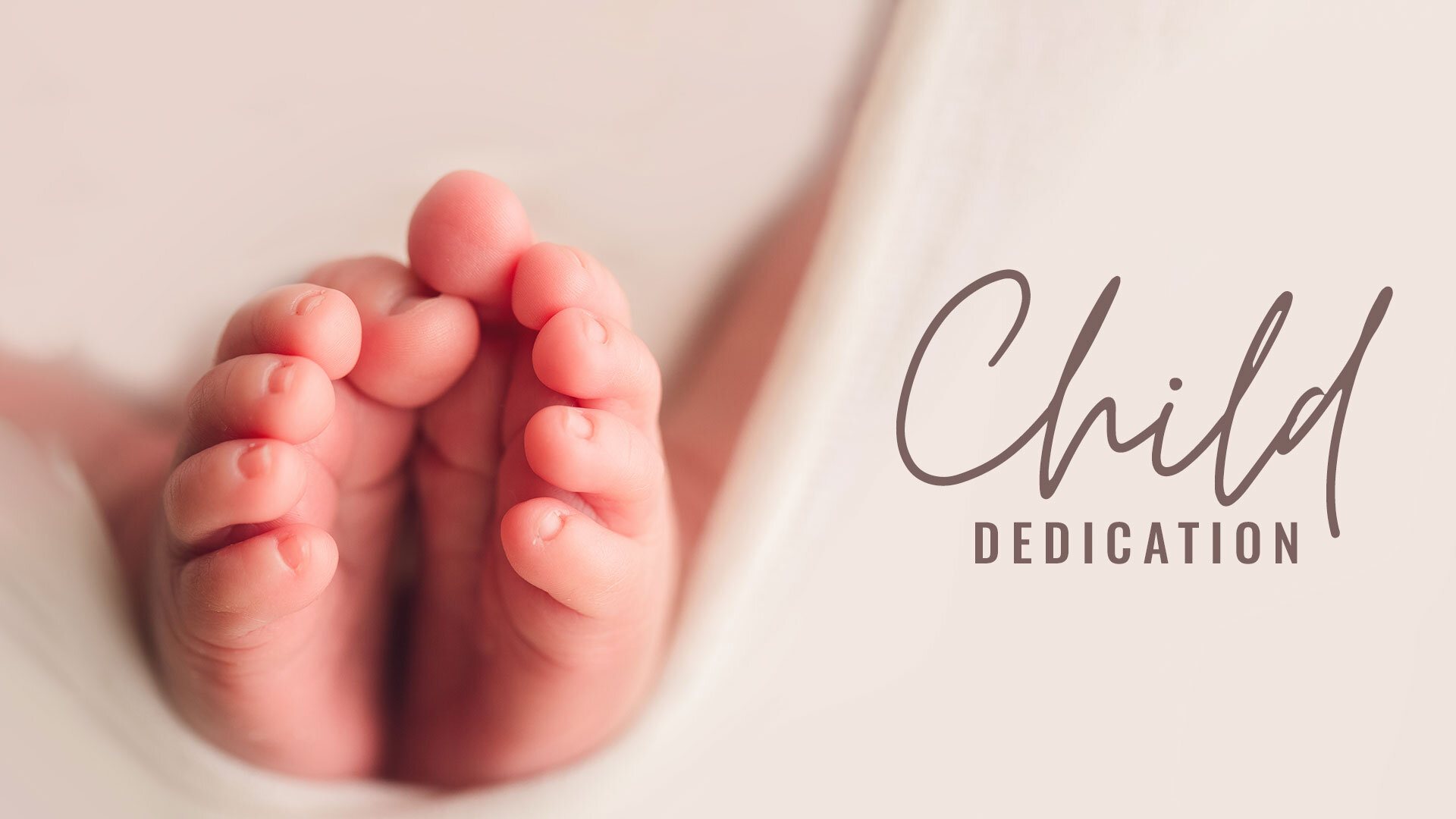 It’s a common practice and tradition in Protestant churches to have “child dedication” services. This is a sincere practice by sincere parents led by sincere church leaders. But our questions are, Is it necessary? and, more important, Is it actually biblical?

Here’s a fairly representative Protestant defense[1] of the tradition/ practice:

Much variety is found in the practice, yet baby dedications commonly seek to challenge parents to commit themselves to raising their child in a godly manner, ask for God’s blessing upon the child, and ask the church congregation to commit to helping the family by providing spiritual community to assist in the development of the child...The idea of dedicating a child to God can certainly be found in the Bible.

We’re going to carefully and logically unpack the author’s statements and study the contexts of the verses cited. This will help us arrive at a more robust, Scriptural conclusion.

First, Jesus said the following in his sermon on the mount:

Mat 5:33-37  Again, ye have heard that it hath been said by them of old time, Thou shalt not forswear thyself, but shalt perform unto the Lord thine oaths: But I say unto you, Swear not at all; neither by heaven; for it is God's throne: Nor by the earth; for it is his footstool: neither by Jerusalem; for it is the city of the great King. Neither shalt thou swear by thy head, because thou canst not make one hair white or black. But let your communication be, Yea, yea; Nay, nay: for whatsoever is more than these cometh of evil.

Leviticus reads, “And ye shall not swear by my name falsely, neither shalt thou profane the name of thy God: I am the LORD.”

Numbers reads, “If a man vow a vow unto the LORD, or swear an oath to bind his soul with a bond; he shall not break his word, he shall do according to all that proceedeth out of his mouth.”

If the ceremony is intended to be a public declaration that the parents and church community will, with God’s help, perform this vow/ oath, then all those present—all those present—must be carefully and dutifully committed to its performance.

But Jesus says “You’ve heard it said,” in reference to these commands, and then says, “But I say unto you, Swear not at all…” Jesus effectually ended most, if not all, vows. We’re to be very, very careful in what we agree to. Having personally witnessed a baby-dedication or two, I can testify that the ceremony is rather…religious. Great swelling words and promises are spoken. Documents signed. It’s a great spectacle reminiscent of a wedding ceremony.

Already, we should begin to see the weakness of the ceremonial pomp made of such an event—it’s completely unnecessary, and it’s unwise to make such a public declaration/ vow on behalf of a child who doesn’t have the faculties to assent to the terms required of obedient faith. In other words, to be more frank, even for a “Protestant” tradition, it’s eerily similar to a “Christening.”[2]

But now let’s explore the verses referenced to ascertain whether or not this is something truly Scriptural for us today.

1Sa 1:11  And she vowed a vow, and said, O LORD of hosts, if thou wilt indeed look on the affliction of thine handmaid, and remember me, and not forget thine handmaid, but wilt give unto thine handmaid a man child, then I will give him unto the LORD all the days of his life, and there shall no razor come upon his head.

Here, Hannah is doing what Jesus commands us not to do[3] (let’s face it, we’ve all made “vows” of some sort). But why did she do this? She was desperately barren.

Hannah wanted a son. She was essentially bargaining with God, and so she dedicated her would-be son with lifelong service if he’d only bless her with one. The child was dedicated to be under a Nazarite vow, outlined by Moses in Numbers 6:1-21. You’re free to investigate the details of the vow yourself, but be aware it involves incredible discipline and, unsurprisingly, a number of animal sacrifices. Ask yourself: is this something Protestants should pattern their faith after? Don’t most Gentile believers say we’re not under such laws related to sacrifices of this kind? If so, what template do we really have for our modern-day child dedications? It seems it becomes a sort of role-play, a mockery, of something once truly effectual and sacred. Why put God to such a test? It’s my argument here that, though sincere, Hannah was simply desperate and wiling to do anything—and her son had no consent; Hannah, though zealous, was hasty in a vow…a vow her husband technically had a right to dissolve.[4]

Our study will conclude after our assessment of Luke 2:22. The author, and others, cite this as justification for our modern tradition. Let’s read the verses:

We see Jesus’ mother following Torah. After her days of purification from childbirth, they bring Jesus to the temple for dedication, making him around one month old.[5] This dedication, unlike our mockery, involved sacrifice of an animal or two (two young pigeons—indicating they were of lowly means).

Not only was this occurrence in direct line with Torah, but it was also a fulfillment of prophecy:

Behold, I will send my messenger, and he shall prepare the way before me: and the Lord, whom ye seek, shall suddenly come to his temple, even the messenger of the covenant, whom ye delight in: behold, he shall come, saith the LORD of hosts.[6]

There are several reasons we shouldn’t practice such a tradition. It begins with the fact that, in their proper contexts, the verses used to support such a thing involve animal sacrifices and laws of Moses we’re no longer obligated to follow because Jesus essentially abrogated them—if we do practice such rituals, we essentially make a mockery of them.

Another reason is because today, the practice doesn’t resemble anything close to Torah’s prescription, but is only a “reform” of infant Christening, which involved naming and “baptism.” It’s so far removed from the Torah practices, we can’t even properly cite Torah to justify it’s practice.

While I support properly discerned Torah observance, I don’t support complete Torah observance. Anything related to animal sacrifices or temple ritual is effectively completed in messiah and isn’t obligatory for Gentiles.

[2] New Oxford American Dictionary - chris·ten | ˈkris(ə)n | : verb [with object] give (a baby) a Christian name at baptism as a sign of admission to a Christian Church: [with object and complement] : their second daughter was christened Jeanette. -- give to (someone or something) a name that reflects a notable quality or characteristic: [with object and complement] : a person so creepy that his colleagues christened him “Millipede.”. ; dedicate (a vessel, building, etc.) ceremonially: their first garbage truck was christened with a bottle of champagne.