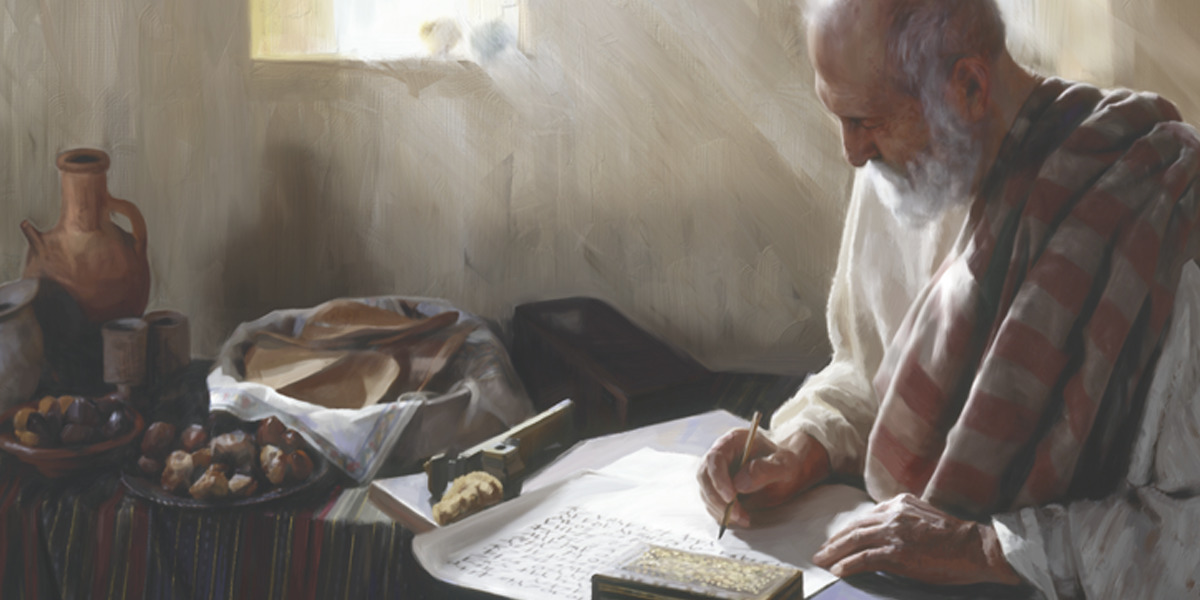 I’m going to explain my views on the “inspiration of Scripture.” To do this, I’m going to give three distinct terms I think are relevant to the topic and attempt to define and elaborate on the ideas. The terms are as follows:

As a former KJV-Onlyist, I was taught to never question the inspiration and, thus, preservation of the Bible. The two went hand-in-glove. You couldn’t possibly have something preserved if it wasn’t also inspired, as far as Scripture is concerned. Of course, this means everything is “inerrant,” or without error. But since my departure from the dangerous movement known as “fundamentalism,” I’ve pushed myself to investigate my own long-standing beliefs, and I must say that, in typical fashion, I’ve departed from much of mainstream “Christianity.” Even the denominations that shy away from the “fundamentalist” term.

We find in Vine’s Complete Expository Dictionary the following definition: “theopneustos, meaning ‘inspired by God’ (Theos, ‘God,’ pneo, ‘to breathe’), is used in 2 Tim. 3:16, of the Scriptures as distinct from non-inspired writings. Wycliffe, Tyndale, Coverdale and the Great Bible have the rendering ‘inspired of God’.”

The idea behind “inspiration” is that the words are God’s very breath. He is the source of what’s being said, communicated, written, etc.

1. Legal power, or a right to command or to act; as the authority of a prince over subjects, and of parents over children. Power; rule; sway.

2. The power derived from opinion, respect or esteem; influence of character or office; credit; as the authority of age or example, which is submitted to or respected, in some measure, as a law, or rule of action. That which is claimed in justification or support of opinions and measures.

3. Testimony; witness; or the person who testifies; as, the Gospels or the evangelists are our authorities for the miracles of Christ.

4. Weight of testimony; credibility; as a historian of no authority.

5. Weight of character; respectability; dignity; as a magistrate of great authority in the city.

A legitimate question might be “Who grants such authority when it comes to determining what’s inspired, or who is inspired?” Who has the legal power to declare something is inspired? Good question. Hopefully we can answer this.

Here’s an example from the Bible where we find this question being asked. First, it needs to be noted that of Jesus of Nazareth, Matthew notes “he taught them as one having authority, not as the scribes.”[1] There was something different from the way Jesus spoke. What was it? It was the fact he was the Messiah, a unique and especially powerful prophet. This authority was from Heaven, directly from the Father, and very few were able to truly discern this—Nicodemus was one such example (Jn 3:2).

Let’s see more of this controversy. Read the following:

And when he was come into the temple, the chief priests and the elders of the people came unto him as he was teaching, and said, By what authority doest thou these things? and who gave thee this authority? And Jesus answered and said unto them, I also will ask you one thing, which if ye tell me, I in like wise will tell you by what authority I do these things.[2]

Here, Jesus is withholding the information they desire: the source of his authority. And for good reason, too. They were always scheming about how to kill him. But the discerning student of Jesus knows the source of Jesus’, and other prophets', authority: Heaven…the Father himself.

Preservation is the idea that what God says (or what we have on our shelves, in our laps at church, etc.) is preserved for all time, perfectly, without error. Some Scriptures that relate this idea are Psalm 12:7 and Psalm 119:89.

Now, without a doubt, Psalm 119:89 is affirming God’s word is forever perfect. But where is this version of God’s word? In Heaven. It says nothing of a promise to keep it that way in the earth.

Psalm 12:7 is trickier, but context clues us in. Read the entire Psalm, and you’ll see.

To the chief Musician upon Sheminith, A Psalm of David. Help, LORD; for the godly man ceaseth; for the faithful fail from among the children of men. They speak vanity every one with his neighbour: with flattering lips and with a double heart do they speak. The LORD shall cut off all flattering lips, and the tongue that speaketh proud things: Who have said, With our tongue will we prevail; our lips are our own: who is lord over us? For the oppression of the poor, for the sighing of the needy, now will I arise, saith the LORD; I will set him in safety from him that puffeth at him. The words of the LORD are pure words: as silver tried in a furnace of earth, purified seven times. Thou shalt keep them, O LORD, thou shalt preserve them from this generation for ever. The wicked walk on every side, when the vilest men are exalted.

The Psalmist is simply saying that compared to the vain, unfaithful words of men, his oppressors, the promises of God are unfailing. God makes a promise and he keeps it. This isn’t saying that any particular English translation is more superior. It’s a general principle and affirmation that what God says he means and will see it through. Compare this Psalm with Isaiah 55:11.

Now, as far as so-called “inerrancy” is concerned, it just isn’t true. Any discerning person will know that in the history of translation, errors have been made, and biases have infiltrated the text. Take for example the simple fact that the word “church” is invented. The true word is ekklesia in Greek, which is correctly translated "assembly" in English. So why “church”? Because, of bias and error. How about the word “cross”? The actual, transliterated word would be “stake” or “post,”[3] not what we’ve imagined and commercialized. Yet, there’s more. How about the various words we have translated as simply “hell”--one word can't possibly represent the different words used in the contexts they're found? There are plenty more. One last example is 1 John 5:7, which isn’t in any reliable manuscript. It’s an addition, and many Trinitarian scholars admit this. Yet, there it is, deceiving and confusing people, holding them in idolatry. It’s about time we get honest with the false idea of “inerrancy.”

My view of these things is based on some insight we find in the first few verses of the anonymously-written book of Hebrews.

God, who at sundry times and in divers manners spake in time past unto the fathers by the prophets, Hath in these last days spoken unto us by his Son, whom he hath appointed heir of all things, by whom also he made the worlds;[4]

Read this very carefully, and you’ll learn what the writer of this book believed about inspiration and authority, and thus preservation.

First, God spoke in time past. It’s clear that God has spoken in the past. So there are indeed things God said. But we need to keep in mind that inspiration is past. There are no modern-day inspired prophets. God isn’t in the business of speaking directly to people in this present-day.

Second, God spoke in time past to his prophets. This means all the prophetic books, from what Moses wrote, all the way up to Malachi, is inspired. God spoke directly to those people. However, there’s a specific caveat to this fact. There are, without doubt, people in the Bible who speak and act within the context of these prophets that aren’t inspired. Satan speaks, various kings and enemies of God’s people speak, but these things aren’t inspired. However, they are preserved. We can read them and learn about them and the events precisely because God has chosen to preserve those specific details for us. The distinction here between what’s inspired and what’s preserved is very, very important.

Third, God spoke through his son in the last times. Here, we come to my controversial conclusion of the issue. God’s inspiration ended with Jesus, his son, the final and greatest inspired prophet of all time. According to the writer of Hebrews, God spoke in time past through prophets and in the last days through his son. That’s it. Nobody else has been inspired by God; nobody else therefore has legal power to claim inspiration. But we need to know that the time period of the “last days” includes Jesus and us. John tells us the last days are now (1 Jn 2:18; 2:22). Peter agrees in his first epistle, chapter 1 verse 20. But though we live in the last times, we have no more inspired prophets.

What about the epistles?

Based on my understanding of Hebrews 1:1 and 2, the Old Testament and Jesus’ words (sometimes indicated in red) are inspired. What about the Epistles? Well, let me clarify exactly what my view is.

The true Apostles[5] were so-called by Jesus, the son of God, who alone had authority to designate others as such. These men were legitimate office holders who had unique eye-witness testimony about the events of Jesus’ life and teachings. Therefore, if and when they wrote concerning doctrine, it isn’t to say they were inspired by God. Rather, they were simply offering wisdom based on their experiences. God chose to preserve this so we can learn. The epistles are, in my view, simply letters of correspondence from God-ordained leaders in the early churches of the time. They provide wisdom and counsel and some elaboration. But they couldn’t invent anything new or distinct from what their Teacher already said. To do so would be outside of their authority. This means Jesus taught us everything we need to know about the Old Testament and the last days.

Quite simply, I believe the following:

Everything we believe and do rests on the words of Jesus, the anointed son of God. He is the door, the light, the teacher, the friend, the savior. Everything points to Jesus.

The problem in “Christianity” today is that everyone says this in a round-about way, but then they camp elsewhere. They choose other teachers above and beyond Jesus. From the Hebrew Roots folks, to the Dispensationalists, to those who mix them all up. Jesus must be the focus. There’s no “apostle to the circumcision” or “apostle to the gentiles.” There’s one Great Apostle, Jesus of Nazareth, who was sent from the Father to be a light to all and to give all who hear and see life and peace without fail.

Can we learn from James, Peter, or John? How about Moses or Jeremiah? Amos? Jonah? Yes, we can. These writings were inspired and, or, preserved for a reason. But how do we understand them? Only through Jesus. Jesus is the greatest teacher among these. His words alone are the words of eternal life.

[5] In my view, this excludes Paul. See my online book Doubting Paul: A Critical Examination. Paul wasn’t an eye-witness to the life, teachings, death, burial, or resurrection of Jesus. Peter had special authority to feed the sheep, to use the keys of the Kingdom, because he was ordained by the son of God. Therefore, Peter’s counsel in Acts 1 concerning Apostleship is authoritative and can’t be underscored enough. Paul simply doesn’t fit the criterion and is therefore highly suspect, at least to me. Study the issue yourself.