Deceived by the Serpent? 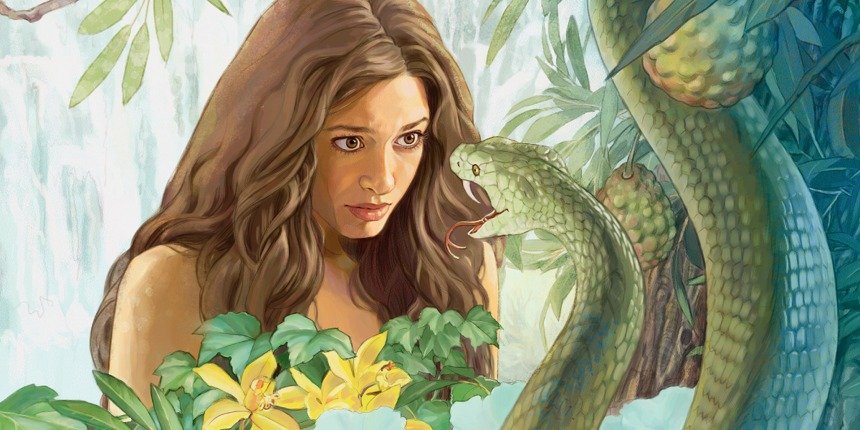 A good friend and brother in Messiah returns to explore issues of sin, temptation, and explores the "who" and "what" behind it all. Is the "serpent" actually a personal, fallen angelic being masquerading as an animal, or is this something else entirely?
Editor's Note: all bracketed words, phrases, or clauses are not original to the submission but are substitutions made for clarification.
__________

Deceived by the Serpent?

What did Eve mean when she said she was "decieved by the serpent?"

We must understand that "each one is tempted when he﻿ is dragged away and enticed by his own desires. Then desire, after it﻿ has conceived, gives birth to sin, and sin, when it﻿ is brought to completion, gives birth to death."[1]

It's written that, "Eve saw that the tree was good for food, and desirable to look upon" (Emphasis added). How did she know the tree was good for food if she hadn't eaten of it yet? The answer is in the verse that reads, "now the snake was the most shrewd of all the animals on the land." [Apparently, the serpent][2] slipped into the garden undetected and was in the tree eating the fruit. Eve, being at the right place at the right time, such is as always the case, just happened to catch sight of this hypnotic creature partaking of this particular fruit.

When she saw the snake eating the fruit (of a tree that God said you would die from if you eat it,) and it wasn't dying, it was at that moment that Eve saw the fruit was good for food and introduced into her own mind the questions typically attributed to an actual speaking serpent. To which, it forever became the symbol, inspiration, and personification of deception and sin.

However, the snake was just a snake. Just a snake doing what it was programmed to do, look for food-- no conscience! It wasn't there trying to deliberately deceive the woman into disobeying a direct commandment from God, as if it could make such a moral decision.

We're also told that after each day of creation, God called everything he created, "Good." There is zero mention of some dark, evil spirit or angel controlling the snake, [or shapeshifting into one]. So, was the snake good or bad? Eve, like all mankind, even the monogenes son of the living God, Jesus Christ, was tempted by her own desires.

Ezra Pound, a pseudonym, never considers himself anyone or anything special--he just deeply cares for the truth and is burdened to tell it; he's compelled by his awesome faith in the one true God and his only begotten, Son Jesus Christ.