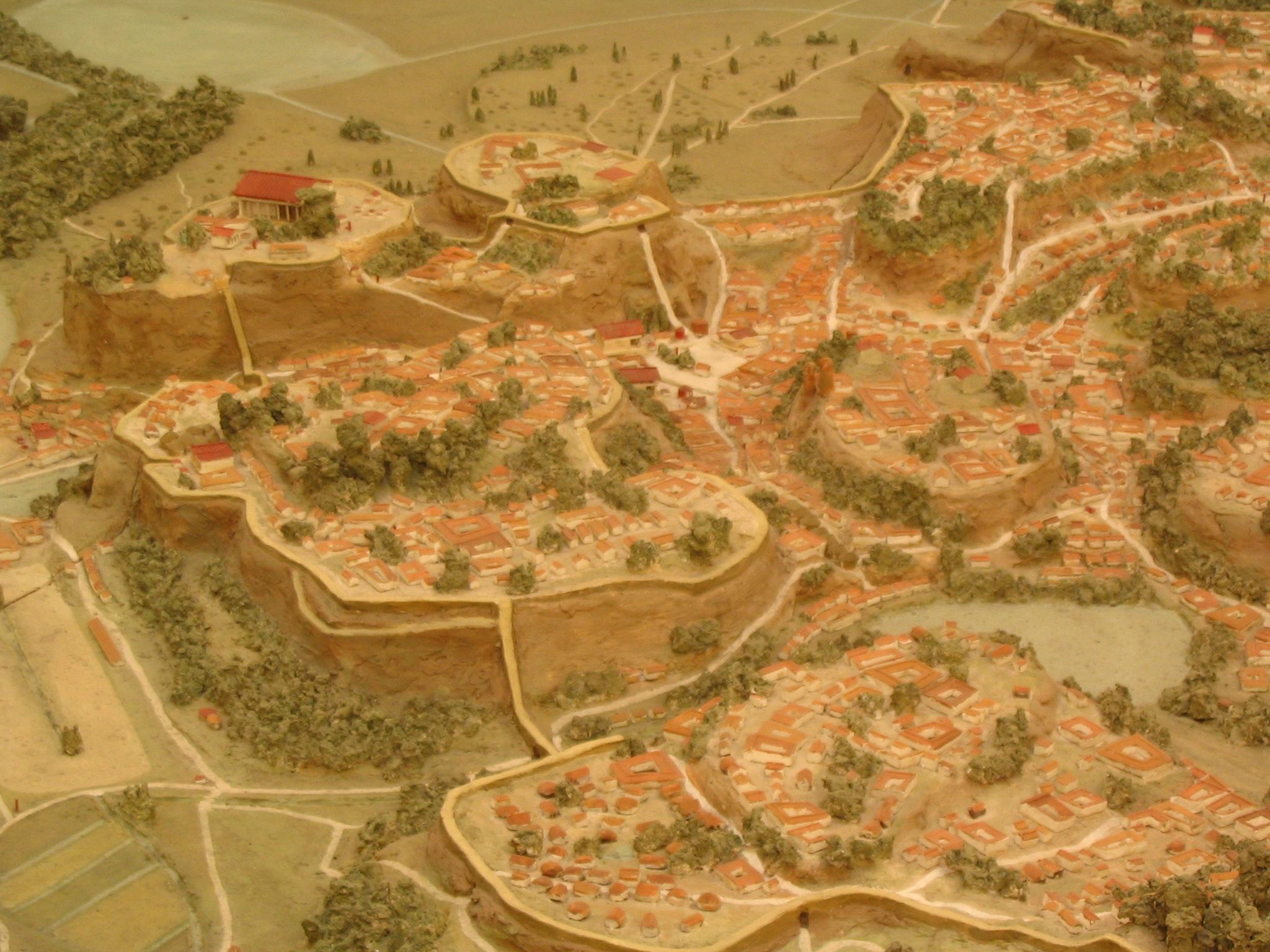 It's taken me a while for me to process the Roe V. Wade decision. This post is a bit late, but I had to meditate some. Like many on both sides, I never expected this decision in my lifetime. On one hand, it's a good thing that the decision is returned to "the states." After all, it's technically a "state's issue." On the other hand, I'm seeing ominous clouds on the horizon. Ultimately, I'm not overjoyed. To be sure, there are many who'll express sorrow and deep resentment that I don't rejoice over the decision. To be clear, I'm not a proponent of abortion--indeed, I believe it's heinous murder. But I'm also not a supporter of church involvement with the State, and for Scriptural and historical reasons. This post is going to reflect on an article I found on a friend's Facebook page.
The article is an Op-Ed piece by a guest writer on the New York Times. The Bio of the author at the end of the article states that "Ms. Stewart has reported on the religious right for more than a decade. She is the author of 'The Power Worshippers: Inside the Dangerous Rise of Religious Nationalism'." As already mentioned, like Ms. Stewart, I share a concern with Religious Nationalism; I probably don't share a whole lot more in common with her. The point I wish to convey is that I'm familiar with church history enough to know that when the Church uses the State for its means, it's not good. Let's now begin our analysis.
The Op-Ed
I read the article with caution because, like many others, I'm exhausted by progressive drivel and whining. I repeat: I'm not a proponent of abortion. But the article was truly expressing a concern I share. As I read, I was introduced to something I couldn't shake, and it's what directed my focus to that horizon where I discerned those storm clouds. Stewart takes note of something that many are either ignorant of or who are indifferent toward: "Seven Mountain Dominionism."
Seven Mountains Dominionism — the belief that “biblical” Christians should seek to dominate the seven key “mountains” or “molders” of American society, including the government — was once considered a fringe doctrine, even among representatives of the religious right. At last year’s Road to Majority conference, however, there was a breakout session devoted to the topic. This year, there were two sessions, and the once arcane language of the Seven Mountains creed was on multiple speakers’ lips.
When I read this, the first thing that came to mind was the passage in Revelation 17, specifically verses 1-18. A quick search lead me naturally to the Wikipedia page[1], and I found this summary of the doctrinal theory (you can see their footnotes):

Followers claim that the biblical base for the movement is derived from Revelation 17:1-18, wherein verse 9 reads, "And here is the mind which hath wisdom. The seven heads are seven mountains"[5] The seven areas which the movement believe control society and which they seek to control are family, religion, education, media, entertainment, business and government.[5] They believe that their mission to take over the world is justified by Isaiah 2:2 “Now it shall come to pass in the latter days that the mountain of the Lord’s house shall be established on the top of the mountains.”[4]
Followers believe that by fulfilling the Seven Mountain Mandate they can bring about the end times.
To be sure, I followed the link to "Dominionism,"[2] and I discovered the following:

Dominion theology (also known as dominionism) is a group of Christian political ideologies that seek to institute a nation which is governed by Christians and based on their understandings of biblical law. Extents of rule and ways of acquiring governing authority are varied. For example, dominion theology can include theonomy, but it does not necessarily involve advocacy of adherence to the Mosaic Law as the basis of government. The label is primarily applied to groups of Christians in the United States.
So if we put these pieces together, we get the understanding that there's a movement in the United States that seeks to "bring about" the End Times scenario depicted in Revelation. It seems they think it's the Kingdom of God they're establishing by waring against the kingdom of Satan.
It may be that these people are zealous for bringing about the Kingdom of God on earth by influencing early rulers to enact "Godly" laws.[3] But the language ("Seven Mountain") was certainly un-ignorable. How could I not connect it with that passage from Revelation? It goes without saying that I think there's a sinister inversion taking place. On the surface, the theology of this movement seems righteous, but it's truly a manifestation of the desires of Babylon. It's entirely possible that the "seven hills" image in Revelation is literal: it's identifying the actual location of the "Headquarters," if you will, which is Rome--the city on seven hills (this is a very historic interpretation). But the problem here is that this kingdom that sits on many hills is antichrist. It's the "Mystery Babylon" whore that dominates the world and subjects people to her "fornications" and "sorceries" (just read the chapter yourself). Ultimately, this wicked kingdom suffers destruction, and those who fail to "come out" of her are similarly destroyed![4] But if we also accept a dual understanding and adopt a metaphorical interpretation, we find "seven hills" or "mountains," which are "family, religion, education, media, entertainment, business and government" as the article suggests. It's hard to ignore the reality that we see the nefarious Roman Catholic tentacles slowly gripping all aspects of our "Protestant" nation, both secular and religious.[5]
The point ultimately is that the Protestants have drunk of her fornication and are unwittingly doing the will of the Vatican. They think they're doing something righteous, when in reality it's wicked. The Church is using the State just as before to subjugate people.
Conclusion
I can't stress this enough: I'm against all the social progressive evils like abortion and same-sex unions. But I also can't stress this enough: I'm against the Church using the State to legislate morality. Jesus never commanded such. He advocated loving one's enemy and self sacrifice to advance the Kingdom. Jesus was tempted to worship Satan in order to shortcut world-dominion, and he resisted. Rather, he chose to preach to the people and serve them.
The winds of change are blowing, and it's my opinion that if we continue this course of "dominionism" through the State by following the "Seven Mountain Mandate," we're indeed ushering in the "End Times." But it's not the kingdom of God we're bringing, it's the kingdom of Antichrist. Don't serve the Pope; don't serve antichrist. Serve Jesus.
Chances are, if you're still attending a Protestant or Catholic church for some reason, your teachers are subscribing to some form of Dominionism. Some teachers excitedly admit this; others don't readily understand this is what they're teaching, but their mixture of American patriotism and Evangelical Christianity is expressive enough of this theory. In short: it's Babylonism one way or the other. You need to heed the cry and leave.
__________
[1] Seven Mountains Mandate, Wikipedia
[2] Dominion Theology, Wikipedia
[3] See this post as just one example of many expressing this idea: The Seven Mountains
[4] Revelation 18:4,5
[5] I would argue we've always been a Catholic nation for I make no distinction between the Protestants and the Whore of Babylon. Revelation tells us the Great Whore has "harlot daughters," so it's logical to view these as the Protestant religions.
abortion Christian Nationalism church and state city on seven hills dominion theology false churches Patriotism prophecy Protestantism Revelation 17 roe v wade Roman Catholic Church Whore of Babylon