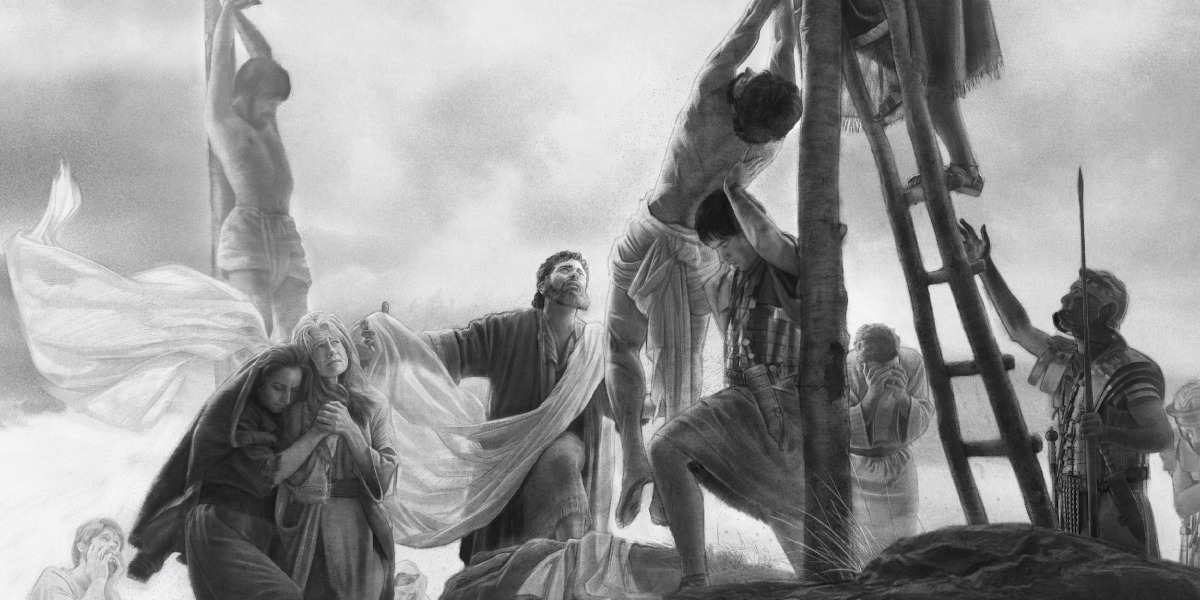 Recently in a thread, I came across some disturbing comments that this post is going to address. Posts like this are necessary so that we can address important issues "as they happen" in the real world.
Confusion leads to denial
"The God I serve came to save me." This was a person's post in a Unitarian Facebook group that permits Trinitarians to post and comment for the sake of discussion.[1] Naturally, there are going to be comments. One comment in particular in this discussion was even more startling than the original post (punctuation is kept from the original):
A son to us ..no son can die for the sins of the world..God sent himself in Jesus while father sat on throne..God is the only one who can pay for our sins .
As a former trinitarian and person who believed Jesus was God, I expressed the same general claim: "only God can forgive sins; therefore, though Jesus was 100 percent man, he was also 100 percent God. the human part died, but 'only the god part actually forgives sins'." Though I don't recall going as far as the commenter did, saying that it wasn't actually the Son who died for sins, I would've said that God did somehow die because "Jesus was and is God." Later, as I accepted that I was actually confused by this idea, I allowed myself to ask very important questions, namely the following: what purpose then did Jesus’ human nature serve?
The trouble with this doctrine of Jesus' supposed "two-natures" is that in great zeal to protect what's considered to be the most important doctrine (that Jesus is God), one begins to say stupid and damnable things like this: "the son didn't die. the humanity died." They completely turn the message and actions of Jesus on their head to support a fourth-century dogmatic departure from reality. Here's the reality of the situation. What these two people, and others (my former self included) have done is completely disbelieve Jesus' words in recorded in that famous passage, John 3:16.
For God so loved the world, that he gave his only begotten Son, that whosoever believeth in him should not perish, but have everlasting life.[2]
The reality is exactly as Jesus said: the son (a man) died according to God's merciful plan to save mankind. This is John 3:16 and others. But if you think God died, then you’re mistaken and gambling with eternity. You're denying the son and therefore don't have the Father. See John's first treatise (epistle).
If we receive the witness of men, the witness of God is greater: for this is the witness of God which he hath testified of his Son. He that believeth on the Son of God hath the witness in himself: he that believeth not God hath made him a liar; because he believeth not the record that God gave of his Son. And this is the record, that God hath given to us eternal life, and this life is in his Son. He that hath the Son hath life; and he that hath not the Son of God hath not life. That You May Know. These things have I written unto you that believe on the name of the Son of God; that ye may know that ye have eternal life, and that ye may believe on the name of the Son of God.[3]
The record that we must believe correctly to inherit eternal life is exactly what these people are denying: God (Father) sent his son (Jesus). If we change or deny this, we have neither, and that means we don't have life.
Since departing from the Trinitarian dogma and the similar, related idea that Jesus is somehow God, it's become increasingly clear that it's impossible for a person to accurately believe the record if Jesus is somehow also God while also being the one sent from God. This isn't what John testifies of based on his first-hand eyewitness experience with Jesus.
Notice that the person who commented on this post says that "God sent himself" while the father sat on a throne. So not only did the person put "god" in a place he can't be (death at the hands of mortals), but they also made a baffling distinction: God is distinct from the Father. Yet God is on the cross "dying" because the "son can't." To add confusion to confusion, this person might also say that the "son is God." This is precisely the confusion that results from the horrific but popular mainstream doctrine known as the "Trinity." But no matter how popular it is, it's a lie. It's damnable.
Conclusion
The son died because he was a man. This man was anointed and sent by God at the appointed, prophetic time (meaning he's the messiah and the true prophet) to save as many as would believe the record. Don't complicate this--eternity is at stake. Repent of your idolatry.
__________
[1] The Facebook page is for the "Trinities" podcast.
[2] John 3:16, KJV, Emphasis added
[3] 1 John 5:9-13, KJV
1 John 5 Biblical Unitarianism Catholic idolatry Deity of Jesus eternal life God's record John 3:16 Protestantism Trinitarianism