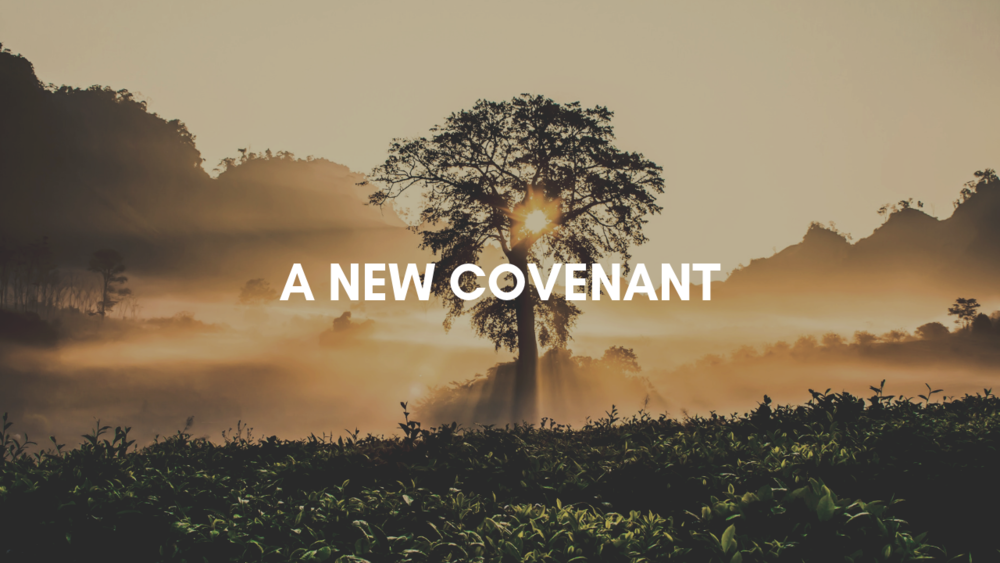 Do you know what the "New Covenant" or "New Testament" is? For years, I was always told that the New Testament (Covenant) was when "God gave himself," died on the cross to save sinners from the burdensome law. You see, in mainstream Evangelicalism, and much of Protestantism, "The Law" (Torah) is "bondage" and is impossible to keep. Anyone found keeping Torah is "anathema," "Judaizing," and can't be saved unless they repent. Because of this, we must have a "New" Covenant, one of grace; and we're told we no longer need to concern ourselves with Torah. But is this entirely true? I'd like to share with you one reason among many why this isn't.
The purpose
It's written in Hebrews 10:16, “This is the covenant that I will make with them after those days, saith the Lord, I will put my laws into their hearts, and in their minds will I write them;”(KJV) Interestingly, this was prophesied of (taught by) Jeremiah.[1]

The “New” Testament simply refers to the fact that the Torah was lifted off the tables of stone, written by the finger of God, and was transported to a new location, which is the believer's regenerated heart.
The “New” Testament is ratified by his blood, not the blood of bulls and of goats. Therefore, the “better" Testament written of by the Prophet Jeremiah and later in Hebrews is that by the one-time offering of Jesus’ blood, and the resurrection of his body, God’s people do not obey the law under the weight and penalty of the violation of it but in the power of a renewed spirit so that they are free to lovingly obey—not in order to become eternally saved, but because they are eternally saved.
In short, what makes the New Covenant better is the fact that the covenant of Yahweh, and his law, is sealed in believer's hearts rather than resting on stone tablets somewhere impersonal.
If this is the case, then why do we think we're no longer obligated to serve Yah according to his instructions? That would be another post for another time. For now, pray for wisdom and ask Yah to lead you by His spirit.
Conclusion
My conclusion on this matter has meant I make a lot of life changes so I can better follow Torah.[2] Not many in the Anabaptist tradition will agree with me, but, then again, the entire purpose of the Anabaptist movement was to further the slow, unfinished "reformation" efforts of the Protestants, not rot away in their shadow.
__________
[1] See also Jeremiah 31:31-34
[2] Color-Coded Torah
blood of Jesus commandments Hebrews New Testament Old Testament sin the law Torah